Fan voting for the 2014 Pro Bowl, presented by McDonald's, will continue online and on web-enabled mobile phones by clicking here until 6:00 PM ET on Thursday, December 26.

Balloting will conclude on Thursday, December 26, just three days prior to an exciting slate of Week 17 NFL games. The Pro Bowl players will be announced on Friday, December 27.

Players will later be assigned to teams through the first-ever Pro Bowl Draft, which will air on NFL Network during the week leading up to the game.

For the first time ever, the Pro Bowl will be "unconferenced."

Gone is the familiar AFC vs. NFC match-up that has existed since 1971. Instead, players will be selected without regard to conference in voting by fans, coaches and players. For example, the top six quarterbacks following voting will earn distinction as All-Stars, regardless of how many are from AFC or NFC teams.

The Pro Bowl players are determined by the consensus votes of fans, players and coaches. Each group's vote counts one-third toward determining the 86 All-Star players who will be eligible for the Pro Bowl Draft. Two "need" players will be also chosen by each head coach and must be long snappers.

NFL players and coaches will cast their votes on December 23-26. The NFL is the only sports league that combines voting by fans, coaches and players to determine its all-star teams. It was the first professional sports league to offer online all-star voting in 1995. 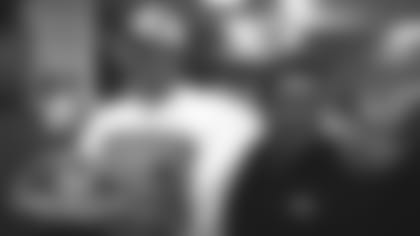 Mile High Morning: A look back at when the Broncos went back-to-back in Super Bowl XXXIII on the 24th anniversary

"They were saying they were going to make John Elway beat them," Rod Smith said. "Hey, you got what you asked for!"

Mile High Morning: A look at the Pro Bowl Games' week ahead for Pat Surtain II

This year, the league's annual all-star event enters a new format with no full-contact game.

The order was set following the completion of the two conference championship games.

Sacco Sez: A tribute to the Super Bowl architect

Broncos Team Historian Jim Saccomano reflects on the life and legacy of Jerry Anderson, an architect whose work essentially built the Super Bowl into the event we know it as today.